A Work In Progress
Please log in to use all features.

Automotive Talk Of All Types

A Work In Progress :: Welcome :: Introductions

Hello, My name is Rob and i own a race preparation business called S&H Motorsport.

Firstly a little history about us
S&H Motorsport is a partnership designed to support independent racing drivers and teams. We have technician experience in open and closed wheeled formulas particularly with a Formula Ford 1600 Kent & Radicals.

We have experience in the following formulas:

So its safe to say i will be mostly active in the Motorsport section and offering advice to anyone who needs it.


Only recently meet Jake & Steve however it was quick see there passion for cars and detailing. Now we supporting each other and I'm excited to be involved with the new venture they face and are happy to support TDD throughout.

Anyways thats enough for tonight. I do have a website although its only a beta and still under construction however the URL is www.shmotorsport.co.uk 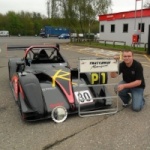 A Work In Progress :: Welcome :: Introductions